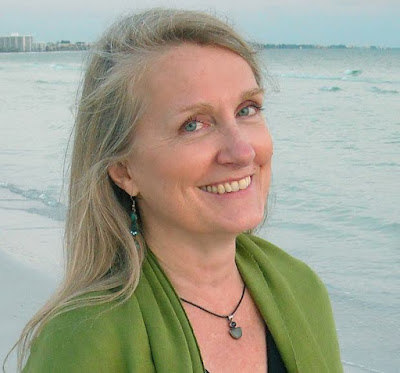 I am primarily a writer and love to create with words. But for many, many years, since the late 1990s, I have also used collage as a creative outlet. However, I do not make my collages for the art of them, but for the “wisdom” and insights that occur in the process. 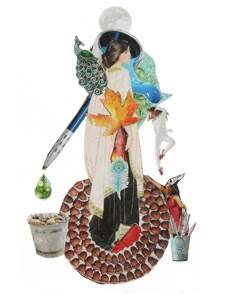 My collages each tell a story, in fact, many stories, depending on the day and who is viewing them. That is why I don’t use words in the collage itself. As a writer, I love words. But words have a way of fixing a point in time in a way that images do not. Some words can come together and avoid this fixation . . . think: poetry, songs, delectable prose . . . but too often we get caught up in quotations and sayings and what I call bumper sticker phrases that mean so much in the moment but years (sometimes only days or weeks) later have lost their oomph! Or they mean something to me but have no power for you. Images, though, speak to us on a more primal level, a pre-language level that can get to the deepest source within us. At least, that is the possibility. And the story that the image tells can be very different for each of us, and yet still valid. 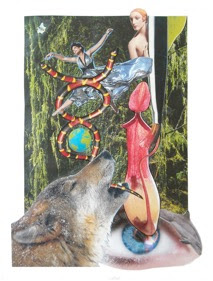 Each collage is created with an intention in mind, but once the intention is set I allow the images to be chosen and come together organically and intuitively. I ask my logical thinking mind as well as my very particular artist’s mind to take some time off, rest, and let me play in this open garden of imagination. My creations are not about design or perspective or color or any of the other things an artist might be concerned with. Nor do I try to figure out the story of the collage as I go along; that comes later.
I love the energy of group creativity, so most of my collages are put together at the women’s intuitive collage workshops that I facilitate monthly, though final pasting is usually done at home. The story writing may be begun at the workshop, too, but usually takes much longer. Sometimes I will work on a story for weeks, while other stories come together after a few hours. The muse always has her way with me and all I can do is go with her flow. I am never disappointed when I do. 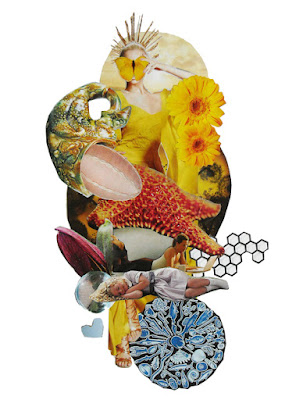 I used to create all of my collages on poster board, but now I work in spiral bound journals on 70-pound drawing paper. In this way, even without words, the collages, when viewed consecutively, tell an on-going story that shifts and changes as I do, yet carries a continuity that adds another level of understanding. I do not, as a rule, publish or exhibit my collages, but once in a while I will post one on my Blog or on my Honeycomb Moon Facebook page, along with the corresponding story or insight. I also post my workshop schedules there.
Two of these pairs (collage and story, and collage and insight) I share with you here, along with images of other collages, which I encourage you to view and enjoy . . . and perhaps write your own story! 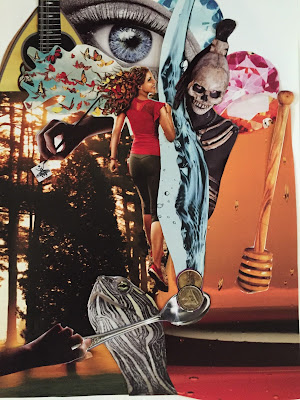 Story: Grandmother Turtle poked her great, wizened head up, out of the pond and sniffed the air about her. Sweet. Like honey. She heard the soft whoosh-whoosh-whoosh of butterfly wings and saw a lone bee, drawn by the heat of the sun to the old tree where countless generations of bees had, at one time, made their home. The tree was barren now, but perhaps, thought the old turtle, things were about to change.
To the right of the tree ran a small blue stream, which emptied into the deep, honey-colored pond where Grandmother Turtle had lived for the last one hundred years. The stream flowed, clear and unobstructed, spilling into a spoon-shaped pool at the edge of the honey-pond, where anyone could partake freely of its fluid gifts.
As the turtle watched, two women came walking along either side of the narrow stream. Somehow, the turtle knew they were sisters, though they couldn’t have appeared more unlike each other. One sister was dressed in bright colors, and many butterflies flitted about her, even landing in her hair. She walked purposefully yet comfortably, with strength and confidence, smiling at her sister.
The other sister, too, was smiling, but hers was a gruesome, macabre grin. Her hair was dark and tangled, her visage death-like, devoid of color or mirth. The butterflies avoided her, though crystal lights glowed around her. These did nothing to brighten her persona, however; rather they amplified her grim nature.
Though each sister obviously moved through this world very differently, still they remained side-by-side on either side of the flowing stream. The old turtle watched without judgment as the bright sister gave all she could to the beings around her, offering them her joy, which she shared without hesitation, while the dark sister took everything she could for herself, hiding it all away so no one else could enjoy any of it. The old turtle saw that both sisters thrived in their own way.
Finally, the sisters reached the far end of the stream, where it bubbled up from the heart of the earth, and turned to face each other. Then the astonished turtle watched as, inconceivably, magically, the sisters crossed the stream, changing faces and places, and began to walk back, the giving sister becoming the taker, the taker the giver, as the river continued its inexorable flow of abundance. 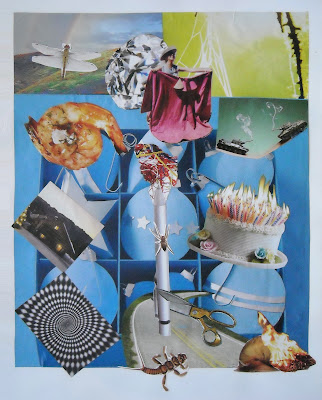 Insight: Every challenge, circumstance, fulfilled and unfulfilled expectation, wish, or desire, every bump in the road, frustration, “mistake,” illness, and accomplishment is an ornament decorating the tree of your life. The gift is in getting beyond the illusion of judgment and cultivating a quiet joy and exhilaration for all of the experiences that make up the web of life. The treasure is in going out and calling it to you, meeting life head-on, knowing that if you can do that with joy, you can create magic! 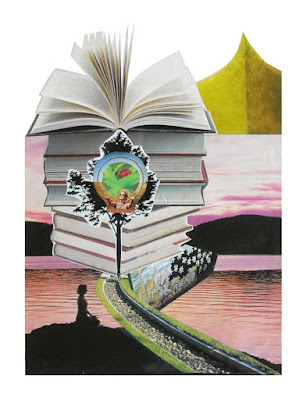 Now, I’d like to leave you with one very, very short story, a celebration of the cycles of life and its beauty:
Seasons
The magnolia tree had stood in front of the house for decades. The house itself, once stately and regal, had fallen into a sad state of disrepair and was only relieved of its air of despair by the dignity of the tree. In the early spring, when the ground had not yet regained its soft curvaceous fleshiness, and the house still dripped with the harsh indignities of yet another ever-bleaker winter, it was the creamy whiteness of the magnolia blossoms that adorned the tree in an enveloping cloud of hope that sustained the house and passersby.
Behind the house, a lake that froze solid every winter and that used to be frequented by local skaters—adults and children bundled against the cold in dark coats and bright hats, mittens, and scarves—was watched over by a lovely old swan, her neck still long and graceful, though her beauty was wrought now from the fragility of the hurts and memories she carried rather than any youthful vigor, long forgotten. 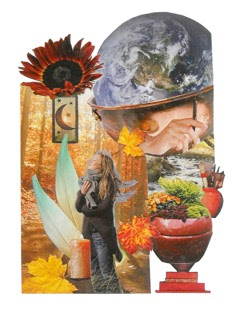 This is Week 32 of 52 Artists in 52 Weeks. Thank you for reading and sharing Linda’s post today!