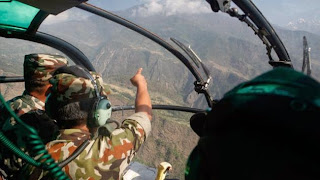 Poudyal gave no other details on Friday.

The aircraft had gone missing Tuesday while delivering aid in the Himalayan nation following a magnitude-7.8 earthquake on April 25.

Six Marines and two Nepalese army soldiers were on board.